Belinda Creighton-Smith, '91, '19, has never let adversity stand in her way. To become a pastor, community leader and inspiration to many on campus, she’s had to overcome the death of her son during her graduate studies and five-hour commutes to start her education.

She now has a doctorate in education and is taking her determination to a new role in her fight for diversity on campus at UNI, as a member of the President's Council on Inclusion, Transformative Social Justice & Advocacy.

The UNI instructor in the Department of Social Work will bring her considerable community leadership experience, as well as her dissertation research on the experiences of students of color in predominantly white higher education institutions, to the council as part of its mission to improve issues of diversity and inclusion at the university. It’s an endeavor Creighton-Smith is eager to undertake, no matter how difficult the conversations become.

“We can’t really begin to deal with the issues until we name it and address it head on. No matter how difficult and how painful the process, it takes that painful work and those uncomfortable conversations to make change happen,” she said. “It’s going to be important for everyone to hear and to bring our expertise to the table and to bring the stories of other communities.

People close to her are confident that she will help guide the council to confront the realities of racism on campus.

Social work and Spanish double major Ryan Frank, '20, is one of the founding members of the Racial and Ethnic Coalition (REC), a student group created to help combat racism and promote equity on campus. He said Creighton-Smith’s work was instrumental in guiding the group’s work.

“I have confidence that Dr. Creighton-Smith will be an absolute advocate for students on that [council],” Frank said. “I am hopeful that with the current conversations around racism and white supremacy going on in our country, we can genuinely engage in actionable change.”

Creighton-Smith’s passion for service is something that’s always been a part of her life. She grew up in a religious household and that inspired her not only to connect to her faith, but to care for others in a number of other ways.

“My family, we have always been in the church. As a child, we would play church and of course I was the preacher and my siblings were the congregation,” she recalled. “Eventually I began to sense a real yearning to just know more about God and develop my relationship with God and I found myself being drawn to the kind of work in human services where I could minister or serve individuals.

She was able to connect to her faith by becoming a pastor at Faith Temple American Baptist Church in Waterloo, and she’s served her community in other ways, as well. She’s worked for the Northeast AIDS Coalition, a program of the American Red Cross, as a family support worker for Waterloo Schools, and has served in the Army Reserve. It’s been fulfilling work, but it wasn’t an easy road. 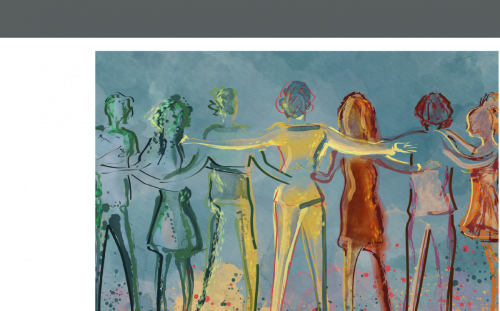 “I stay motivated by my faith and by those that I serve and those who serve me,” she said. “I focus on serving others, whether it’s in the classroom or in the parish, and it has served me well.”

Her work as a pastor also encouraged her to serve in other capacities. After becoming a full-time pastor, Creighton-Smith decided to go back to school. In 2012, she came back to UNI for a doctorate of education.

Shortly after starting her doctoral program, one of her sons died by suicide. She was devastated and considered quitting the program.

“My whole life was shattered. I remember going through that semester just going through the motions and operating in a fog,” she recalled. “I was blessed with professors who not only encouraged me but supported me. Somehow by God’s grace and by the support that God placed in my life I was able to get through it.”

Now, she’s successfully completed her doctoral program and is helping to encourage a new generation to make a difference. Creighton-Smith teaches classes in social work and has inspired many students to get involved in activism on campus and beyond.

“Dr. Creighton-Smith … has helped me better understand how systems of oppression work and how they impact different marginalized identities,” said Frank. “I tend to refer back to her work a lot in regards to white fragility, recognizing racial bias and how implicit bias is so deeply ingrained into all of us and what we need to do in order to dismantle that. That’s something that I take with me everyday in my personal life, not just in my professional life.”

Creighton-Smith has experience organizing on campus. As a student in Waterloo Schools in the 1970s, she helped organize a walkout and protest when students of color raised concerns about how they were being treated by faculty and administrators on campus. She also got a first-hand look at organizing on campus at UNI — her mother played a role in helping the UNI 7, a group of Black UNI students who fought for racial justice on campus in the 1970s.

“Our home was oftentimes the meeting place for some of the college students who were part of the UNI 7. We were blessed to be sitting in the wings as they would discuss different things that they were gonna’ do,” she said. “As a child, my mother was actively involved in civil rights work, so all my life I was a part of it. We were pioneers.”

Creighton-Smith is now not only passing that passion on to a new generation through her teaching, but her five children, as well. One of her sons, Ras Smith ‘17, has gone on to become an elected official, serving on the House of Representatives for Iowa House District 62.

“My mother has this ferocity when it comes to somebody picking on or trying to belittle or harass someone. She has little tolerance for it,” Ras Smith said.

“My mom imparted that it is our job to try to eliminate that and to educate people to be better. That’s something I’m working towards. I’m trying to mimic what she does. I know if I can follow that, I’m good.”